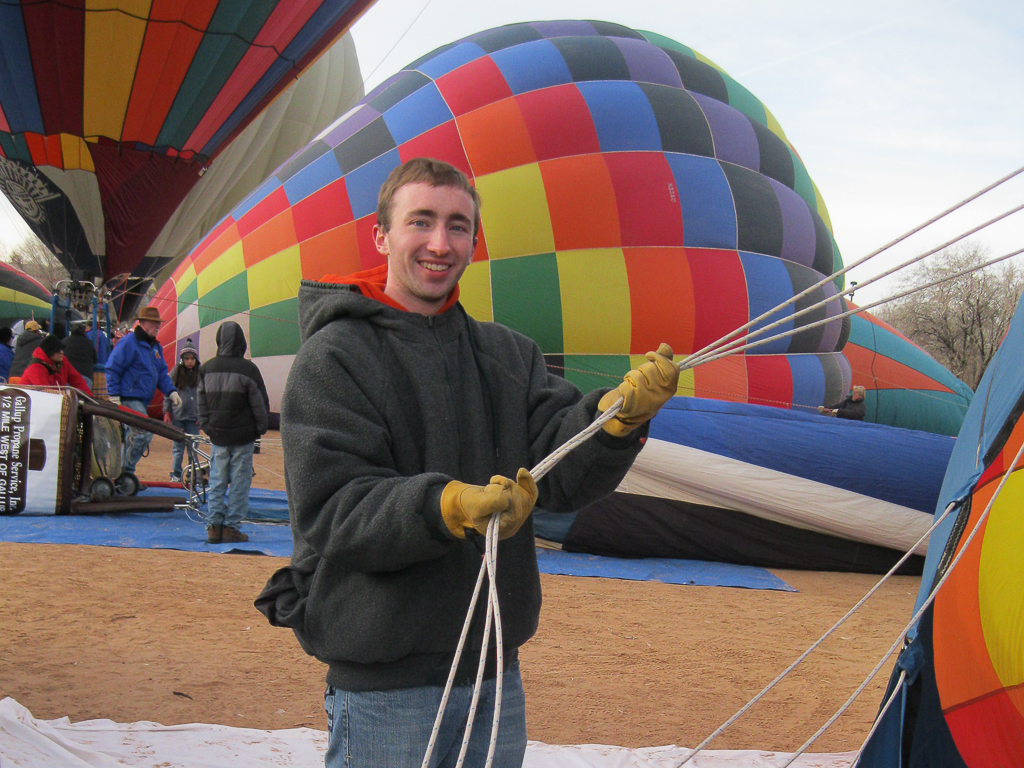 While I taught at St. Michael Indian School (SMIS), a school serving youth from the Navajo Nation, I was surprised to learn that many of my students were unfamiliar with engineering as a profession. That inspired me to start an engineering club afterschool. At first, I was only expecting a few students who would be interested in attending, but I was pleasantly surprised when dozens of middle school students arrived at each meeting. We worked on a number of different projects from making audio speakers out of paper plates, magnets, and wire to making a device to protect an egg from a drop. The egg drop project in particular stood out to me. Students were tasked with designing a device to protect an egg from a two-story drop using items they found around the classroom (tape, cardboard, plastic bags, string, etc.). Typically, students will design one of two different solutions to protect the egg. Either they will make a parachute for it, or they will create a cushion around the egg to absorb the impact. Both solutions are viable. However, one 7th grade student came up with a third solution that I had never seen before. Similar to a maple seed or a helicopter, they designed a contraption that would spin as it was falling to slow the descent enough for the egg to land undamaged. I think it was at that point that I recognized how important it is to include diverse perspectives in engineering designs. Providing engineering education opportunities to all people is not important just from an equity standpoint, but also because a diverse set of perspectives means more potential solutions.

Teaching at SMIS reminded me of the importance of my own education, and so after my year of service, I decided to attend the University of Florida to earn my PhD in Mechanical Engineering. Despite being nearly 1800 miles away, I often thought of my time at SMIS while I was studying in Florida. At least once a year I would fly back to the Navajo Nation to promote engineering education with different workshops and presentations. At first I was just visiting SMIS, but eventually my reputation grew and I started providing outreach to other schools as well. My continued work with this community became such an important part of my life, I even integrated it into my dissertation work.

Earning my PhD was one of the most difficult things I have ever done. My sole motivation for completing the program was knowing that the degree would allow me to have a greater positive impact on the communities that I serve. For example, since graduating I have been able to procure over a quarter of a million dollars to support engineering education on the Navajo Nation. While teaching at Arizona State University, I started a collegiate underwater robotics team composed entirely of women. In their rookie year they ranked 3rd in the entire world and are currently ranked 2nd. I also currently mentor a high school robotics team whose demographics last season were 75% BIPOC and over 60% gender minorities in engineering. I continue to work with both high school and college students on assistive technology projects to help them recognize the impact that their engineering education can have in their community.

Just a little over a decade ago, a student dropped a contraption made of foam and string off a balcony in rural Arizona. As it spiraled slowly to the ground, it resembled a maple seed. However, perhaps its resemblance to a maple seed was more than just its physical appearance. Just as a tiny maple seed can grow to be a colossal tree, a seed was planted in my own mind. My time volunteering with MVC provided the environment for that seed to grow into something great. Since that day, I have dedicated my career to promoting engineering education to groups who are often marginalized in the field. My experience in MVC was pivotal in shaping my perspective as an engineer, and for that, I am extremely grateful.

The Many Gifts of Mercy: Community, Faith, and Simplicity

Staying Connected to the Mercy Community

Staying connected to the Mercy community has been really important to me. It is like…