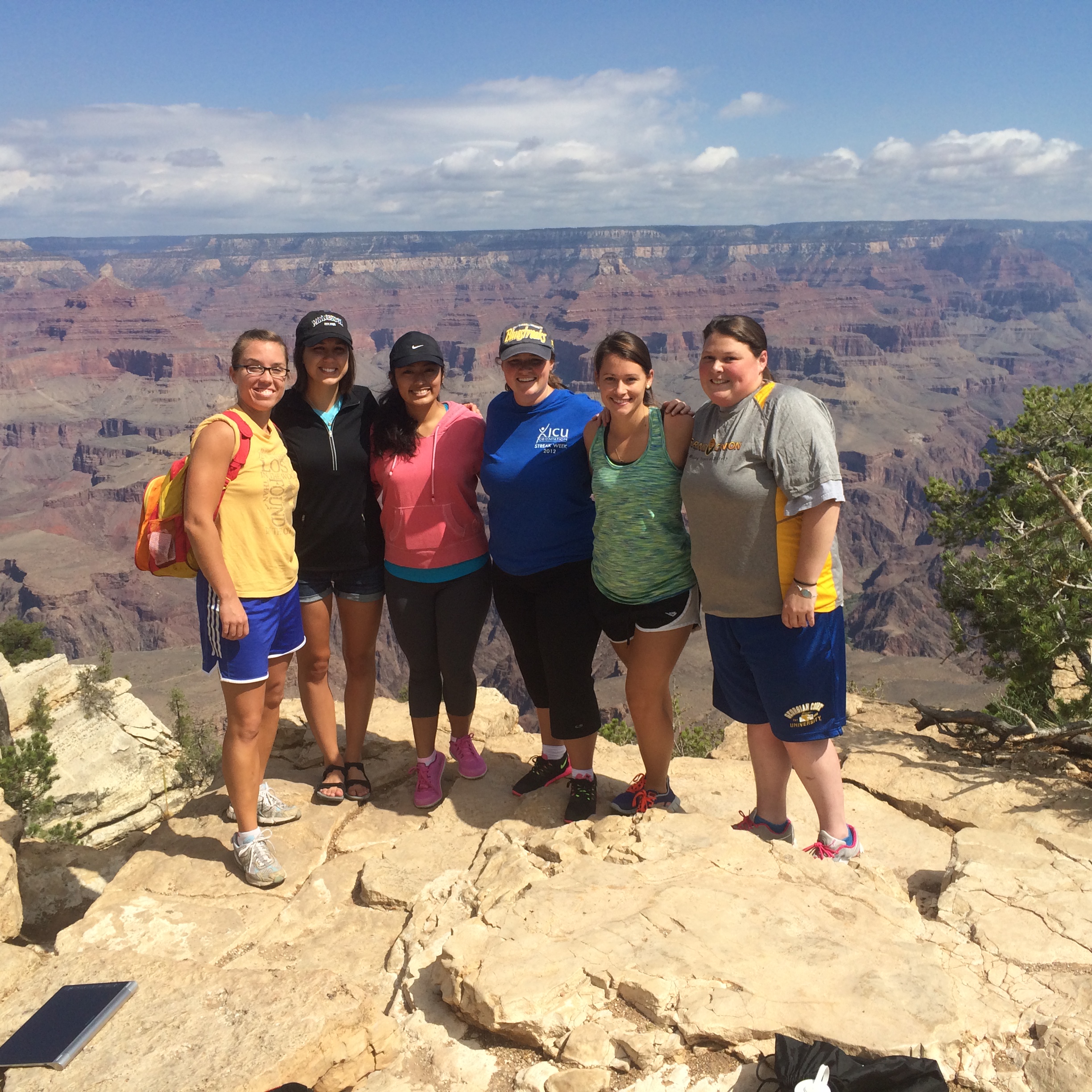 Iconic vagabond Christopher McCandless said in a letter to a friend that everyone should see the Grand Canyon at least once in his or her life. I firmly agree with this statement. So when my community suggested we head as soon as possible, I wholeheartedly supported the decision. I can’t imagine living out here for an entire year and not getting to see the Grand Canyon. That would be an injustice. When people think of the Great American Southwest, the Grand Canyon usually comes to mind first, and for good reason.

I’ve seen the Canyon once before and it brought tears to my eyes. No words can ever do the Canyon justice. It’s just… there. Colin Fletcher, the first man to hike through the entire Canyon in 1963, describes his first time seeing the Canyon in his memoir The Man Who Walked Through Time, “In that first moment of shock, with my mind already exploding beyond old boundaries, I knew that something had happened to the way I looked at things.” Seeing the Canyon changes you.

The Grand Canyon has become a symbol of the beauty and the mystery of the Southwest. Arizona is even dubbed “The Grand Canyon State.” I’ve sat down, read about how it was made, what each layer means, how long it took to become what it is today, and I still can’t comprehend it. “Grand” sure is right. It’s freaking huge. It goes on and on and on far into the distance; it is about two hundred rivermiles long, averages ten miles across, and covers more than one thousand square miles. I don’t understand how it’s just sitting there in the world—just as a house exists, how a tree exists, how you and I exist.

When we arrived in Grand Canyon National Park, we were all anxious to see it right away. They certainly make sure you can’t glance at it driving by. They make you work to see it. After getting some information from a park ranger, we all ran up to the South Rim at Mather Point. And there it was: the Grand Canyon—in its vastness, its color, a seemingly infinite chasm sitting there in front of us like a painting. It was a great early community bonding experience, standing there together trying to make sense of it. I’m certain we all agree that we could’ve sat there, in the same spot, all day, just looking out, speechless.

The Grand Canyon certainly puts a lot in perspective.

It can make you feel really small, but in a good way. It’s something that human beings did not create or invent. Yes, we may have the technology to create cars, iPhones, airplanes, bombs, Botox, and Big Macs, but we will never be able to create something as powerful as the Grand Canyon. It’s very humbling. It’s been there, in progress, for millions and millions and millions of years. How can we make sense of that—that absurd length of time that’s far longer than anything we will ever know during our time on Earth?

Like I said, the Canyon makes you feel small, but in a good way. When you look at the geological facts, the Grand Canyon was not made overnight. Rather, it is the product of millions of years of erosion. It was a very gradual process—a process that is still going on today. There were a lot of factors that went into creating the Canyon. Each drop of water in the mighty Colorado River played a part; each pebble on the riverbed helped to produce the beauty we gaze upon today. There is a lesson to be learned from the Grand Canyon: the greatest things take time. As volunteers, we should look to the Canyon for inspiration.

It’s a challenge, being dropped into an already existing business and only having a year to make your mark on it. It may have taken up to a month to get adjusted and orientated into work before you really got started—a month gone, only eleven moths left. Time seems to move faster when it’s limited. But it is small things we do for the people we serve at our worksites make all the difference to them.

For example, at my worksite, St. Michaels Association for Special Education, I’ve been getting birthday cards for each employee signed by each department. This small gesture helps to create a supportive community. Both signers and recipients comment on how it’s a nice thing for SMASE. Now, after a couple of months here, the word has spread and people look forward to receiving a card. I’m sure they take solace in knowing that someone is thinking of them on their special day. So, if you ever feel down about making a difference, give someone a smile. Ask someone how his or her day is going, what plans he or she has for the weekend, or to share a story about his or her life.

We ended the day at the Grand Canyon watching the sunset at Desert View Watchtower, which, we were told, is the place to watch the sun set. We sat, speechless once more, on what seemed like the edge of the world. We watched the sun that we all share slowly drop down beyond the Canyon, illuminating the chasms and cliffs with a warm orange, before fading completely. Once again, the world was covered in a temporary darkness. Soon, the darkness would yield to light and the sun would greet the world and another day would begin.

Don’t be afraid to be the pebble that will help carve the Grand Canyon. You will leave your mark.

My Time With MVC & SMASE

As I move towards retirement and see more of the past than future, it seems…