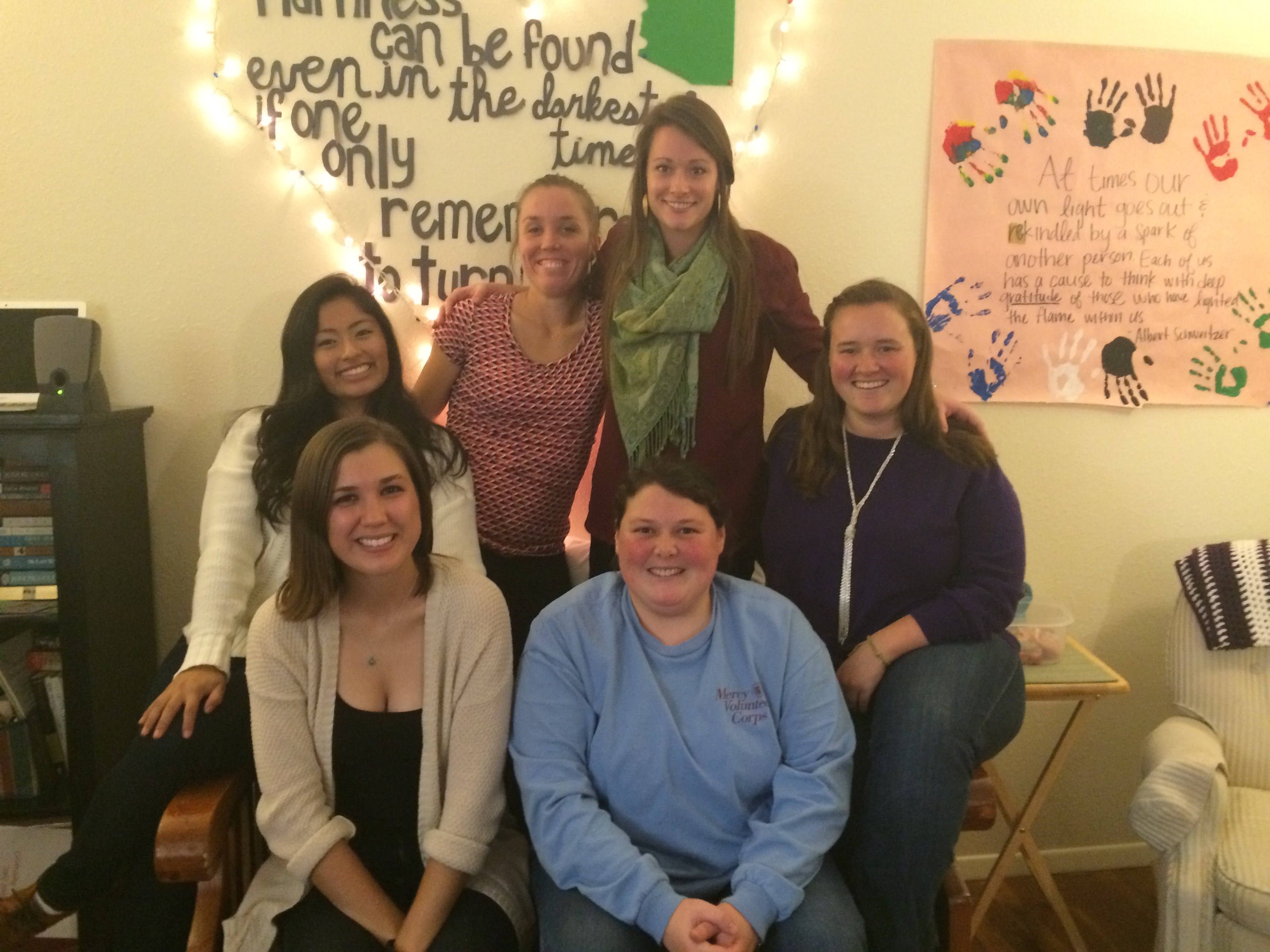 The other day, my community and I were in the middle of a five-hour drive from Phoenix back to St. Michaels. We were in a giant van that we have affectionately nicknamed Fat Albert. Karen was asleep and I was in the far back watching a movie. I looked up to see the four front-most laughing. Headphones in, I could only watch the scene. It was dark, and all I saw were four silhouettes. One was talking with her hands in a way that was uniquely Erin. A middle-seated passenger moved while laughing in a way that only Mary-Kate does. A generous Mariah shared a gas station snack with a tired but happy Kirsten. I smiled. This is my community.

I thought about how in Phoenix, we temporarily parted ways because a few of us had friends and relatives in the area. During that brief separation, none of us felt quite whole.

I thought about how, a year ago, we didn’t know each other existed, but we probably had MVC, maybe even Arizona, on our minds. How now we were all curled up in our giant van—hair a mess, in baggy sweatpants, completely ourselves, as comfortable as can be. A family.

I’ll be honest. I’ve had some bad luck with friendships. I can be pretty shy, socially anxious, introverted, and I suffer from Angry Resting Face—a combination that often makes me unapproachable. It’s hard for me to make friends.

So, when applying to Mercy Volunteer Corps, I had mixed expectations about community life. On one hand, I was really excited to be a part of a community. To put it bluntly, I was excited to be in a group of people who were going to be forced to be friends with me, regardless of shyness and my facial expressions. But, I was also worried about community life. Let’s be honest, the notion of six girls in one apartment is quite scary. A year might seem long, but it’s also very short. I feared that, by the time we were all close to each other, it would be time to leave. After orientation, I resolved these feelings and decided to enter Arizona with no expectations. I was open to anything that community would throw at me.

Love, family, endless laughter and inside jokes, an almost disturbing level of comfort, an intense communal bond that I have not felt in years—that is what community has thrown at me. Barely two weeks into living in Arizona, we had become a family.

Early into orientation, we identified as “#AZStrong.” It didn’t seem like much in the moment, but #AZStrong captures us perfectly. Together, we are strong. We find courage, happiness, and hope in each other. We are all very different, but we click together very well. My roommates have opened my eyes to many new experiences—from running to Mexican food to new music and movies—and I try to take it all in.

All six of us even signed up for a half marathon! Never in my life would I have dreamed of doing such a thing. Sometimes, I still don’t think I’ll be able to do it, but I have an excellent support system. Together, we will conquer those 13.1 miles and grow from the experience. The half marathon will be yet another thing we have accomplished, together, as #AZStrong.

I thank God each day for this community experience of warmth, positivity, light, and love. It has reinstated in me the great importance of relationships in life. Community, for me, has been the most rewarding MVC experience.

Yá’át’ééh means “hello” in Navajo. It’s hard to explain why I took the risk of…

If you know me, you know that basketball is a huge part of my life.…