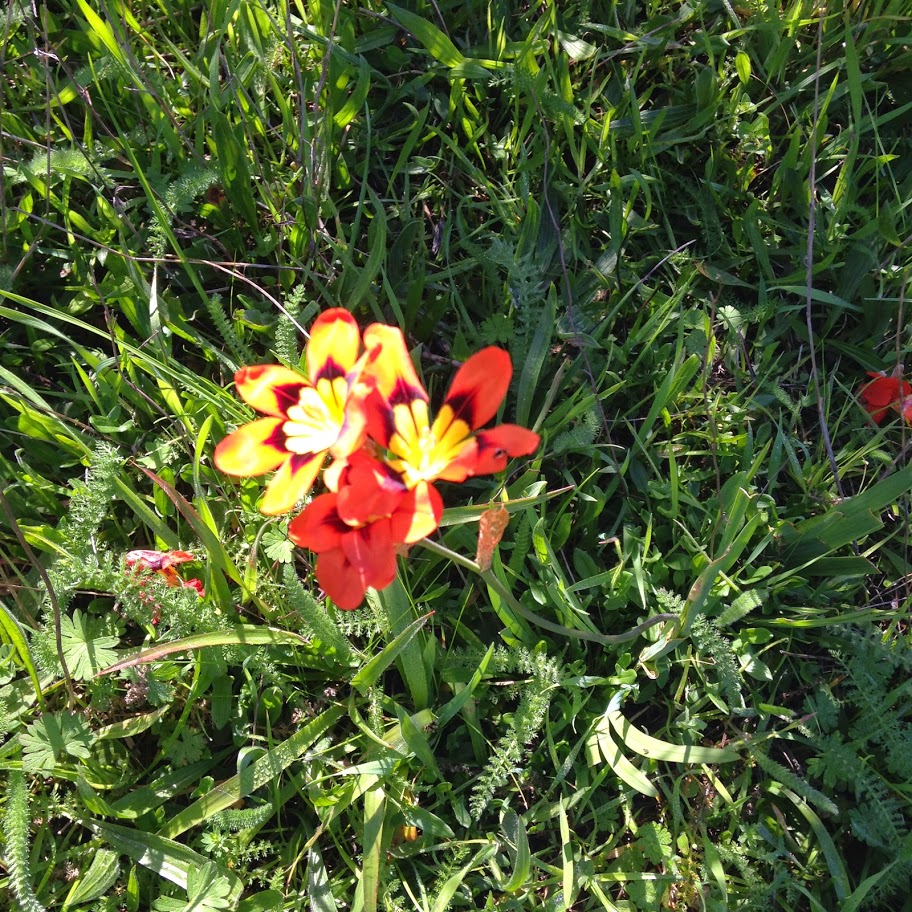 Sacramento’s numbered streets run north to south and its lettered streets flow east to west on a grid.

After a few months of talking to locals and bicycling around the city, I started to get the hang of identifying neighborhoods—their names, their boundaries, their characters. Homey Midtown is distinct from state-agency-dense Downtown. Manicured East Sacramento starts east of 30th street near where Capitol Ave turns into Folsom Boulevard; south of Broadway are gritty Oak Park and cozy Land Park. West Sacramento, across the Tower Bridge’s gold span over the Sacramento River, is an entirely distinct city.

But there is one neighborhood I don’t know the name of—the neighborhood I work in, just north of a rail line that runs from east to west along C Street. Maybe it has a name. Maybe I just haven’t heard it yet.

I bike into the neighborhood in the mornings and see a lot of the same faces, familiar plastic tarpaulins and stuffed shopping carts. I see the same dogs tied to those chain-link fences, curled up next to their masters. The curbs are often lined with garbage. Seagulls and crows pilfer scraps from the street.

This neighborhood is literally “the other side of the tracks.” It’s a raw wasteland of conspicuous drug deals and industrial coldness, save for two beacons: Quinn Cottages and Loaves & Fishes.

Once I enter Quinn’s front gate, I feel a different energy. It’s unmistakable. It’s the energy of community.

Quinn’s cottages are some of the only residential buildings in this neighborhood, and there are 60 of them on the property.

The property is organized in what we call “quads.” Each quad includes several mini-neighborhoods each consisting of four cottages, with front doors facing each other, sharing a common area complete with a picnic table, a barbecue and maybe some potted plants offered by a neighbor. The cement walkways on the property are designed to guide residents into these mini-neighborhoods with the potential for encountering each other. The layout of the property in and of itself engenders community. Part of my job is to further build what we call “Unity in the Community” through supportive programming and coaching.

The Loaves & Fishes campus is just two blocks from Quinn. Standing at Quinn’s gate, I can see the circular green emblem of Loaves & Fishes hanging over the doors to the Welcoming Center.

I walk over to Loaves & Fishes several times a week with my coworker and fellow Personal Development Coach Susannah Bruno (a Jesuit Volunteer) to have lunch with the Maryhouse staff. Maryhouse is a daytime shelter for women and children. My community-mate and fellow Mercy Volunteer, Shannon Chisholm, works there. The Maryhouse staff members eat lunch together every day in a kitchen they share with Sr. Nora’s Place, a long-term shelter for chronically homeless women suffering from mental illness. The Maryhouse staff members are naturally warm and welcoming, which isn’t surprising given their ministry focus, and just as valuable—they know how to laugh. I imagine their laughter helps to break up the tension, sadness and madness they encounter every day.

Maryhouse is just next door to Mustard Seed School, a school for children experiencing homelessness. We can often hear the children in the school’s playground behind the kitchen. And, at the end of the Loaves & Fishes campus is Friendship Park, where homeless guests can gather, have coffee, keep their belongings safe, get a ticket for lunch and access services.

Loaves & Fishes—with its staff, many volunteers, and guests—is a community, a neighborhood unto itself.

Many of Quinn’s residents have had the benefit of accessing resources from Loaves & Fishes when they were homeless.

At Halloween and Easter the Quinn Cottages Resident Council prepares and donates treats to the children of Mustard Seed School.

And, on the first Thursday of every month, a group of Quinn residents goes to Loaves & Fishes to serve lunch. I get to join them every other month.

I can’t say why the residents volunteer or what it is they get out of the experience of service. Maybe that’s not mine to know.

What I do know is that I am grateful for their service, and for the opportunity to help these two communities keep shining in this district that can often feel so dark.

Let’s say there is no name for this neighborhood among Sacramentans—what could we name it?

On the surface, “pain” or “despair” might be apt given the overwhelming amount of sadness in this neighborhood.

But a closer look—the sometimes gut-wrenching yet rich perspective I have been afforded in my eight months of service in this neighborhood—suggests something different, something more like “service” or “gratitude.” “The Service District” of Sacramento. “The Gratitude District.”

Hope has a neighborhood.

I am a Mercy Volunteer. I work in the Hope District of Sacramento.

The Value of Service