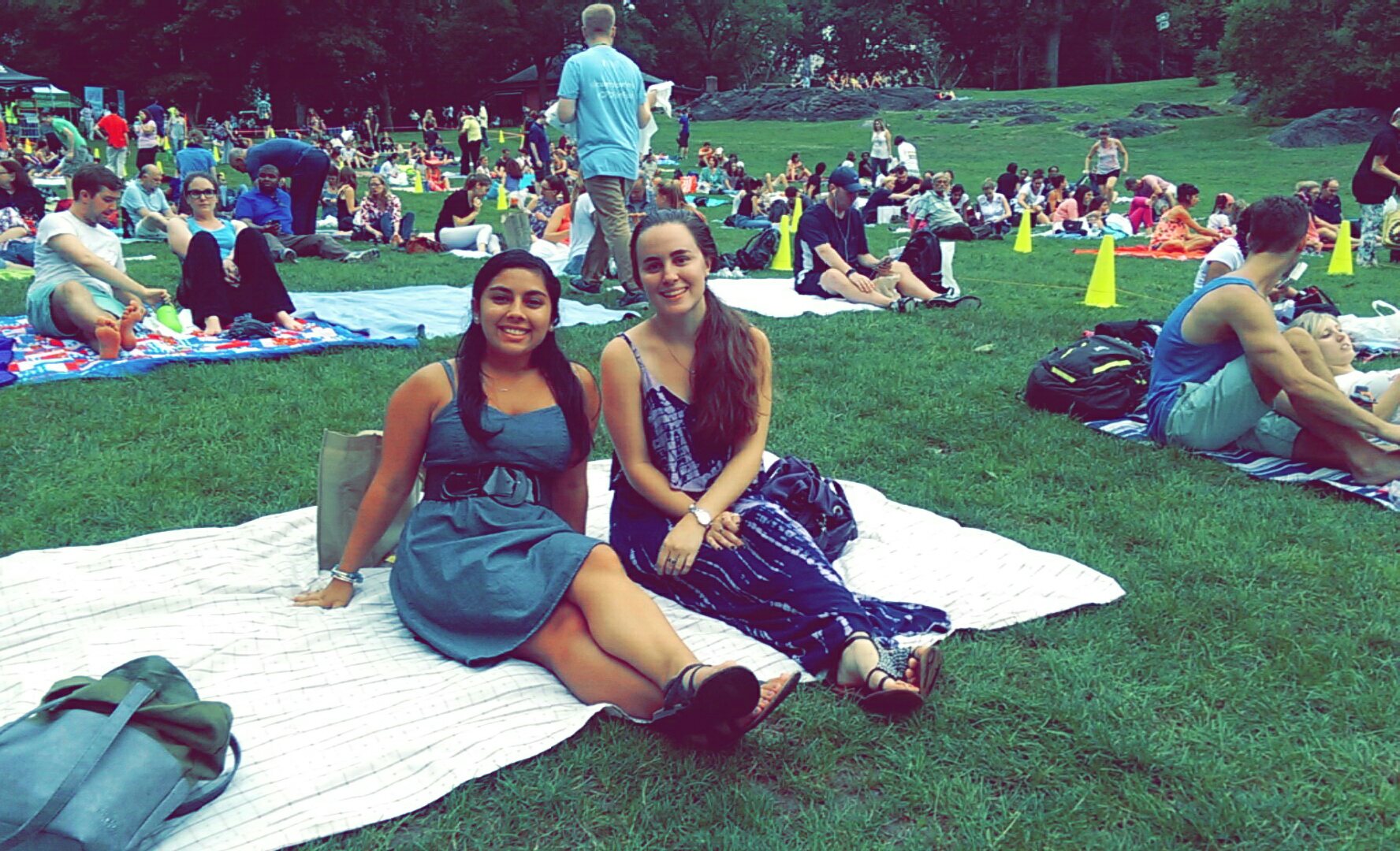 Part of life as a volunteer living in Queens is taking the subways everywhere. I know this is a normal part of a New Yorker’s life but it does not cease to be an experience every time. I’ve recently thought about attending a concert of some sort while I live here, but then I remember, I hear free ones almost every day.

Since I have lived here for more than 7 months, I have taken pretty much every subway train and other trains into and out of the city. On my daily commute I see the same man in the same spot, playing the accordion. He is one of the subway music artists that has his own sign with his name on it. He appears to be doing well for himself, always looking trim and clean cut. As I hurry through the underground tunnel with the commuters, I listen to his notes echo off the walls. I can tell I am not the only who is used to hearing his familiar happy tune every day. You can tell he loves playing the music.

Just a little bit later in my commute I stand on my second platform waiting for the D train. On this platform I hear a man playing a stringed instrument. It sounds like a classical instrument; and it plays long drawn out notes that sound both joyful and melancholy at the same time.

Sometimes on my way home, I am a guest to the songs of varying troupes of singers, who go from train car to train car looking for the spare money in people’s pockets. These men have a quick and dirty method of playing their throaty songs while also making their way through the whole subway car and holding out their hat for money. It is similar to the groups of young teenagers who come in with a boombox and perform by dancing and doing flips on the subway poles. Each time I smile along with the other subway riders, at the same time a little annoyed and happy for a distraction.

These are the normal sounds of life in a big city. Just today, a man came on the train car I was on and played some music. He was drumming and sing-talking about the struggles he was facing in his life. The struggles of life are what you will not avoid if you visit. In fact, it comes along with the impromptu concerts. Since people do not have much, they manage to use their talents to provide a service. I have heard Caribbean music, classical music from a cello, banjo strumming, a cappella, and a string quartet of children musicians. So if you’re in New York for a little bit and want to hear some new sounds and don’t mind a possible subway smell, take your time when you walk through the subway tunnels and platforms, you might be pleasantly surprised. And if you enjoy, make sure to toss a few coins in to support!

When I decided to volunteer for a year of service, I hoped that I would…

So Much More Than Stayin’ Alive

“As Travolta says, just stayin' alive” I overhear this amusingly misattributed quote from one of…