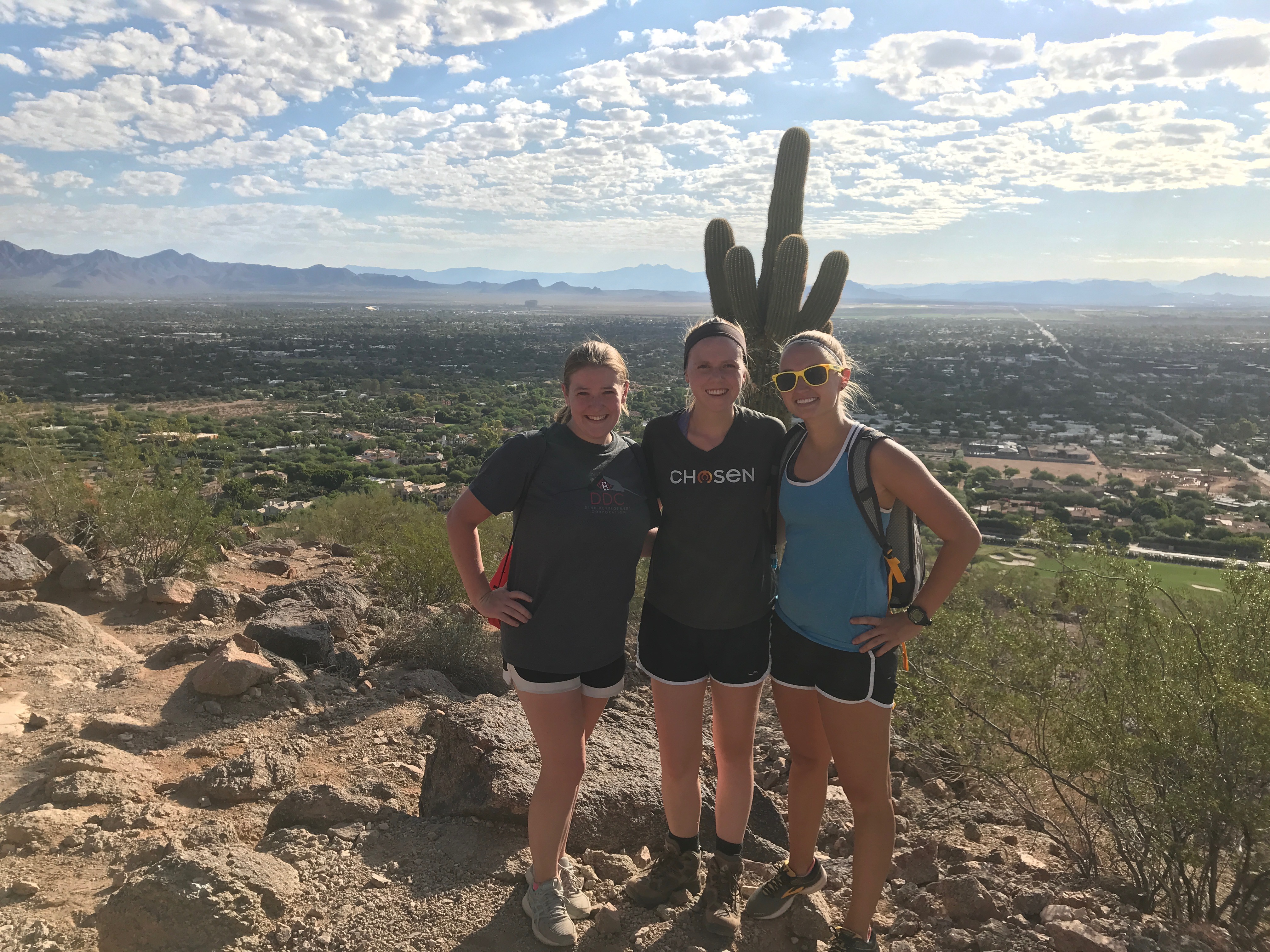 Every new place you travel comes with a set of expectations, whether you realize it or not. I definitely came to St. Michaels with a lot of expectations I didn’t realize I had. And as my community member so eloquently stated in response to my declaration that the Navajo Nation Zoo wasn’t what I expected, “nothing here is like we expected it to be”. Rachel said this to me the day before I experienced a part of the Navajo culture that I had some clearly defined expectations about. The next day my community members and I were going to a sheep butchering.

I’m guessing that most people who don’t live in the Navajo Nation may have the same reaction I had to those words. This slowly emerging feeling of horror and disgust coming from your gut. I had trouble stomaching the thought of participating in the slaughter of an animal and then proceeding to eat said animal. This is one of the few things since I’ve been on the reservation that I have had such blatant, and frankly negative, expectations about. Personally, I make my community members and past roommates kill any flies and spiders in my house because I cannot get myself to kill them. I was expecting to have to see a lot of blood, gross internal organs, and have to try and school my expression into one of polite disinterest to cover my internal desire to vomit.

However, as I should have guessed, the sheep butchering was nothing at all like I was expecting. First of all, I had no part in the death of the sheep, but even though I didn’t take part in it, the actual death wasn’t horrific. It was quick, painless, and humane. And there was very little blood in sight. It was kept almost entirely in a bowl, and collected from one spot on the sheep. These women who were butchering the sheep are professionals, they know how to do it in a clean and humane way. So there went my first expectation. After that, the sheep was skinned and we began prepping the organs. At this point, it didn’t even look like a sheep anymore. And again, these women were talented and professional so the organs were taken out and cleaned in an efficient and almost clinical manner. It honestly felt more like a dissection than what I pictured a slaughtering to entail. After we cleaned out the organs (there was still not blood everywhere), we laid out the meat and all the organs to dry. Half was then stored to be cooked later and the rest was put on the grill. Throughout the whole process, I became less and less apprehensive and more and more excited and fascinated by the entire process.

Peggy and Gina, the women who invited us to the butchering and taught us how to butcher, were so knowledgeable, not only about the anatomy of the sheep but the uses of the body parts. None of the meat goes to waste. They knew exactly what could be eaten and what couldn’t. And whatever couldn’t be eaten was given to the animals. They also taught us how to make the sheepskin into soft wool for rugs or clothing. They talked about how to make soap from the fat of the sheep, and basically taught us how virtually every part of the sheep is used. Aside from the bones, which there didn’t seem to be a use for, except for maybe giving them to the dogs to chew on. They then taught us how to make tortillas (mine came out as triangles but oh well) that go well with the mutton. Then, they invited their whole family over, and by whole family, I mean cousins, second cousins, great aunts, etc. We sat with the whole family and ate the sheep that we had prepared. With everyone gathering together and sharing food, laughter, and stories I didn’t even think about the fact that I was eating meat from an animal I had watched die earlier that day. For someone that doesn’t gather with much extended family without the excuse of a holiday, this atmosphere of family coming together to share a meal we had prepared made the whole thing very special to me.

Not only was it a fun gathering of people, but the sheep butchering had a larger impact. I’ve always thought about where my food comes from, but living with a vegetarian community member this year has made me think about it even more. All the environmental implications, animal cruelty, and other moral issues that come from eating meat have been on my mind more than usual. For me, going to this sheep butchering cemented that idea that how we eat meat is wrong. As my other community member Rachael (yes both my community members are Rachels) said, the butchering was very natural. The sheep had lived a good life. It had lived with 120 of its own kind and had so many acres to graze on. There was so much space for them that when Peggy’s family tried to find the sheepherders it took them about an hour since the herders were so far from the house. Then the animal was killed quickly and efficiently, so it didn’t suffer. And because it was done by hand, there was no negative effect on the environment. Every single part of the sheep was used. Also, it was shared amongst people who gathered together specifically to eat the sheep and spend time together. To me, this shows a lot more respect for the sheep than trapping it in a cage for its entire life, killing it, and only using the parts that sell well.

Overall, this experience was beyond eye-opening. Every single expectation I had about this event was instantly shattered. And I ended up not only learning about an important part of Navajo culture, but I had a wonderful time doing it. It has been one of my favorite days on the reservation so far. It further proves that this place, the people that live here, and the culture will continue to surprise me, even when I least expect it. I look forward to even more expectations that I know I have, and the ones I don’t even know I have, being shattered by this year of service I have embarked on.

My Time With MVC & SMASE

As I move towards retirement and see more of the past than future, it seems…