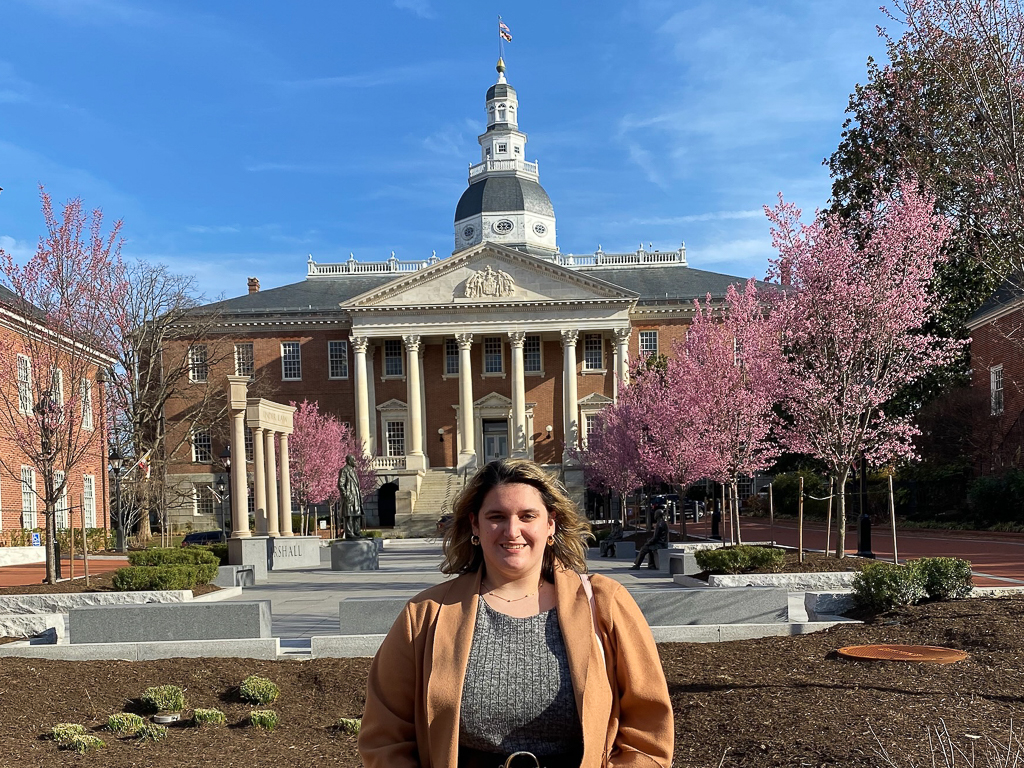 Politics and legislation have interested me from a very young age. The research, diplomacy, working alongside those who share similar values, and the fight for change is something I have always admired. This was enough for me to obtain a dual Bachelor’s degree in Political Science and Philosophy. When I joined MVC I had a straight-forward plan. I decided I was going to get my law degree and work in the international sphere, and that my time as a volunteer would help me get a better understanding of the American legal system to help me through school. That was before I served at Marian House.

Marian House was founded as a joint project between the Sisters of Mercy and the School Sisters of Notre Dame to support the women at the Baltimore City Women’s Detention Center upon their release. Forty years later, Marian House still supports women recovering from incarceration, but also those who have a past history of domestic violence, sexual assault, substance abuse, and homelessness. After a 20 year hiatus, I started as the second Mercy Volunteer at Marian House. I was able to tailor my position to my interests and strengths. Due to my background in politics, I was given the opportunity to assist in writing testimony to the Maryland General Assembly in order to support or contest bills that impact our women. Through this process, I was introduced to the Women’s Pre-Release Coalition.

This coalition is made up of multiple organizations across Maryland who are fighting to have Women’s Pre-Release Center built as there is not one currently in operation. The members of the coalition have been fighting since 2018 to get this center built. The bill successfully passed the House and Senate but was vetoed in 2020 by the governor. The veto was then overturned and made into law in 2021. With that behind us, we are now fighting for funding. I was invited to attend the Capital Budget Subcommittee hearing in March as the leadership members of the coalition spoke against the lack of funding allotted to the facility. A Marian House resident joined us to speak about her incarceration and her experiences as she rejoined the community. While her story is her own, many of the women at Marian House share similar experiences with shock upon reentering society.

As I sit to write this excerpt, the full Senate and House of Maryland have passed the bill allotting the $2 million dollars we requested for the facility. Now it is before the Governor and we are waiting to see if he will sign or veto the line item dedicated to the facility.

MVC has given me the opportunity to play a small role in this fight for equality for incarcerated women in Maryland. I’m excited to continue my work with Marian House and the Coalition and to see the outcome of this bill.

Embracing the Discomfort in Imperfect Solutions

Dear Future Volunteers, In my placement as a social work assistant at Mercy Medical Center,…

Staying Connected to the Mercy Community

Staying connected to the Mercy community has been really important to me. It is like…

The Evolution of Living Simply