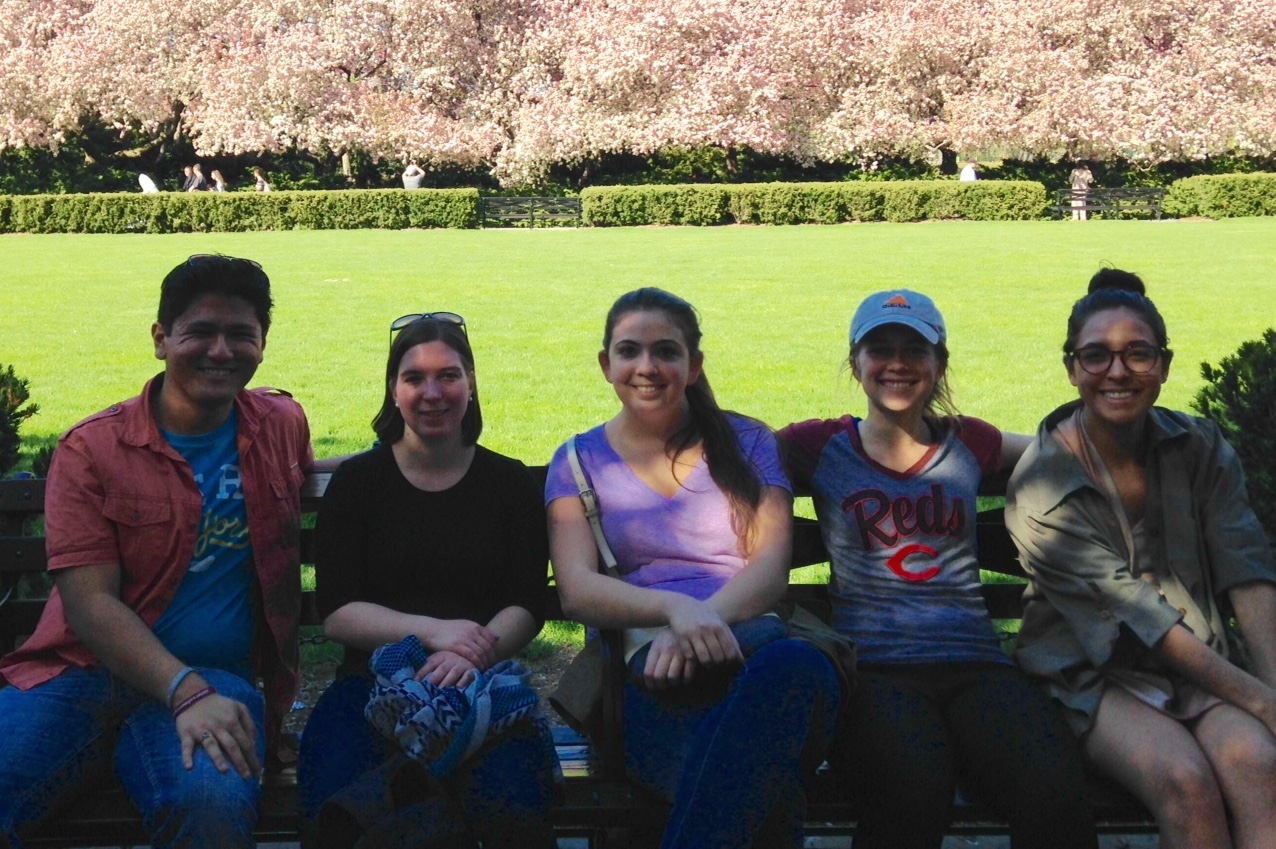 They (who is the proverbial “they”, anyway?) say that if you can make it in New York City, you can make it anywhere in the world. I feel confident that I’ve made it in NYC; in my own way and on my own terms. I haven’t make it to the top of ‘The Rock’ and I certainly haven’t dined in the nicer restaurants in this city (I prefer my falafel from a lime green truck owned by a sweet Palestinian man), but I think I’ve made it.

New York City is the capital of opulence in many ways. Those responsible for the downfall of the American economy during the Great Depression and Great Recession (and who make huge decisions affecting people around the world) are at work less than a mile away from me every day; there are several large areas of the city dedicated to fashion and the newest thing; and the loud buzz of money is ever-present. To live simply with all of these temptations seemed difficult to me when I first considered my placement for MVC, but I am glad I took the leap. I have learned the value of a fresh breeze, the pricelessness of a (very rare) warm smile from a stranger, and the pleasure of a quiet moment.

I have found peace of mind in the city where I thought it would be impossible to do so. I have found a meditative practice in riding the train, the soft rocking back and forth and the blank (dare I say, zen?) looks on the faces of the other passengers inspire me to be mindful every present moment. I will admit to this being particularly difficult during rush hour when I have a sweaty armpit in my face, but I make the attempt. I have found, also, a sense of community in the people who don’t live in the places that you see on television or in movies. In Queens, Brooklyn, and the Bronx are all of the people who are responsible for making Manhattan function. We are the porters, delivery folks, taxi drivers, dog walkers, chefs, cleaning people, etc.; the “invisible ones” who don’t get any airtime but on whose backs the city rests.  I feel comradery in their tired faces at the end of the work day and I have let several people fall asleep on my shoulder, a small act of compassion in a city that tries to convince you that the most important person at all times is yourself.

On the other side of that token, I have discovered self-love and a renewed sense of independence in this city. The city, for the most part, is incredibly accessible and I love that I can have a Salvadoran breakfast in Queens, an Indian lunch on the Brooklyn promenade, and dinner in Koreatown. I can reach any part of the world by jumping on the train, which energizes me to explore and has reinvigorated my desire to take myself out on dates and find comfort in solitude. This city is terribly lonely in moments, but like other qualities of this city, I am learning to change that loneliness into something positive.

My time in New York has also given me an opportunity to renew my appreciation for the natural world. The relationship that this city has to the planet is so unnatural, which is often frustrating and a quality I am having difficulty finding a positive side to (despite how stunning Central Park is especially now that most of the trees have gorgeous blooms on them). This is a mental challenge I haven’t quite overcome and perhaps I never will, which I am willing to accept. Another mental challenge is coming to terms with the suffering that occurs in the city every day; extreme poverty is the reality for many of the residents of this city. I have seen far too many people sleeping on the train with all of their worldly possessions piled around them to feel convinced that this city cares about the poor. The righteous rage at the injustice I see every day is coupled with an anxiety about the comfortable and privileged (though simple) life I am living. The stark reminders are necessary, however, to not become lulled to sleep by that comfort and to remember that I am here to be in solidarity with and serve the most vulnerable of this city. So, yes, I have made it, though I must remember the many who will never feel that they have made it.

New York City is quite literally a paradox, and I am so grateful to be experiencing it; especially on Saturday mornings in Washington Square Park where I can listen to someone play on a baby grand piano and relish in the moment with no company other than the clouds of my breath hanging in the air.

When I decided to volunteer for a year of service, I hoped that I would…

So Much More Than Stayin’ Alive

“As Travolta says, just stayin' alive” I overhear this amusingly misattributed quote from one of…