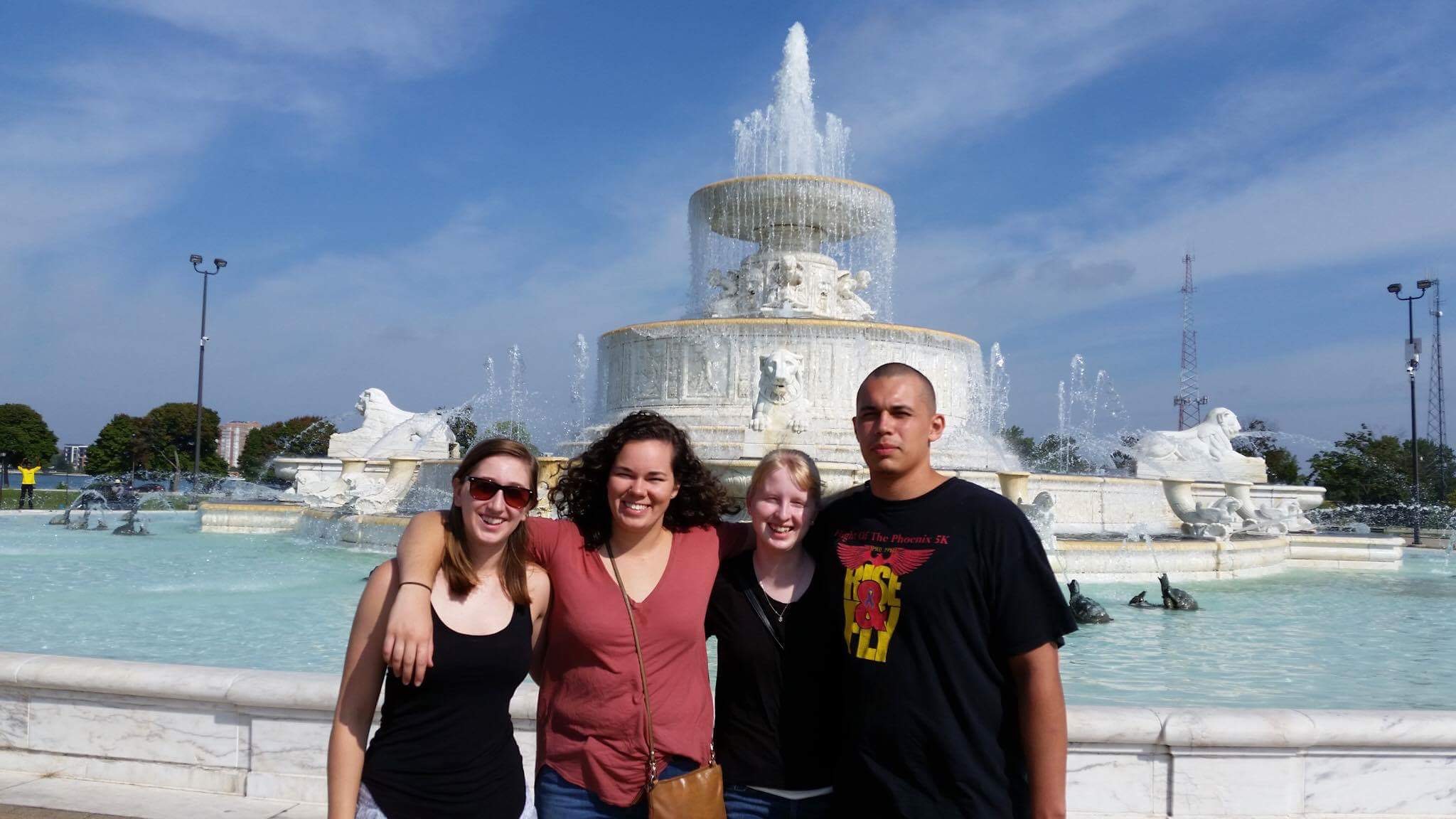 I went into this year thinking it would be a sort of cultural exchange. Coming from a secular Jewish family, there was little about Catholic communities that felt familiar to me. There are commonalities definitely, but there are also differences. The place where these differences present themselves most frequently is in our volunteer community. In addition to occasionally joining my community members in checking out different masses in the community, I’ve explored a Zen Buddhist temple in the city. It has been in Buddhist practices that I’ve reflected a lot on the Catholic concept of mercy. Like other volunteers have presented, mercy is about accepting others as they come, unconditionally, and standing with them in the chaos. So much of Buddhist teachings centers on this as well: the practice of living without judgement of ourselves or others, accepting others without judgment, and being kind without the condition that the other must be better or different than they are. Just as acting with mercy is about stepping into the chaos of another, practicing Zen Buddhism is also about finding peace in the chaos, in the uncertainty of life, amidst the full range of joyful and painful emotions.

All of that is no easy task. This year so far has reminded of how challenging it can be to accept things unconditionally without trying to change them. It’s a human instinct to want to change situations and people; when we witness painful situations, when people disagree with us or offend our beliefs, and when others behave in hurtful or hateful ways. Being kind to people who act aggressively, irresponsibly, selfishly, etc., is a lot harder than being kind to people who act the way we want or expect them to. Despite this, it is the work we have to keep doing. The practice that seems to be the most relevant to this work is listening. Listening rather than arguing or getting angry. Listening rather than trying to change the other.

This applies to our work as volunteers and people who want to help influence social change. Listening while standing in solidarity needs to be the path. In Detroit, I’m very aware of the racial dynamic of moving to the city as a white volunteer. Detroit’s history is a case of America’s white flight and after decades of people staying away from the city’s blight and economic depression, white people are starting to move back. In the context of gentrification, I want to be especially intentional about listening to the communities because they have been here throughout the transition. Listening without trying to change someone or something is difficult. Our mind immediately starts thinking of ways something could be solved or improved if only they just do this or stop doing that. It’s hard to sit with the painful situations and injustices. Of course we want to change things, make them better, make people stop acting hatefully or irresponsibly, but what we can do is listen and be an advocate.

With the school-aged girls at my service site, listening is an important tool as well. Many are enrolled in extremely challenged schools, not learning what they need in order to succeed by our society’s standards. I want to sweep them up and magically make school easy; but instead, I sit with them in the struggle of practicing addition problems in the 8th grade. I listen as they express feelings of self-doubt and inadequacy. I try to give kindness in the form of enrichment activities.

Here’s to the ever-improvable practice of listening unconditionally, without judgement, as my year of mercy in Detroit continues.