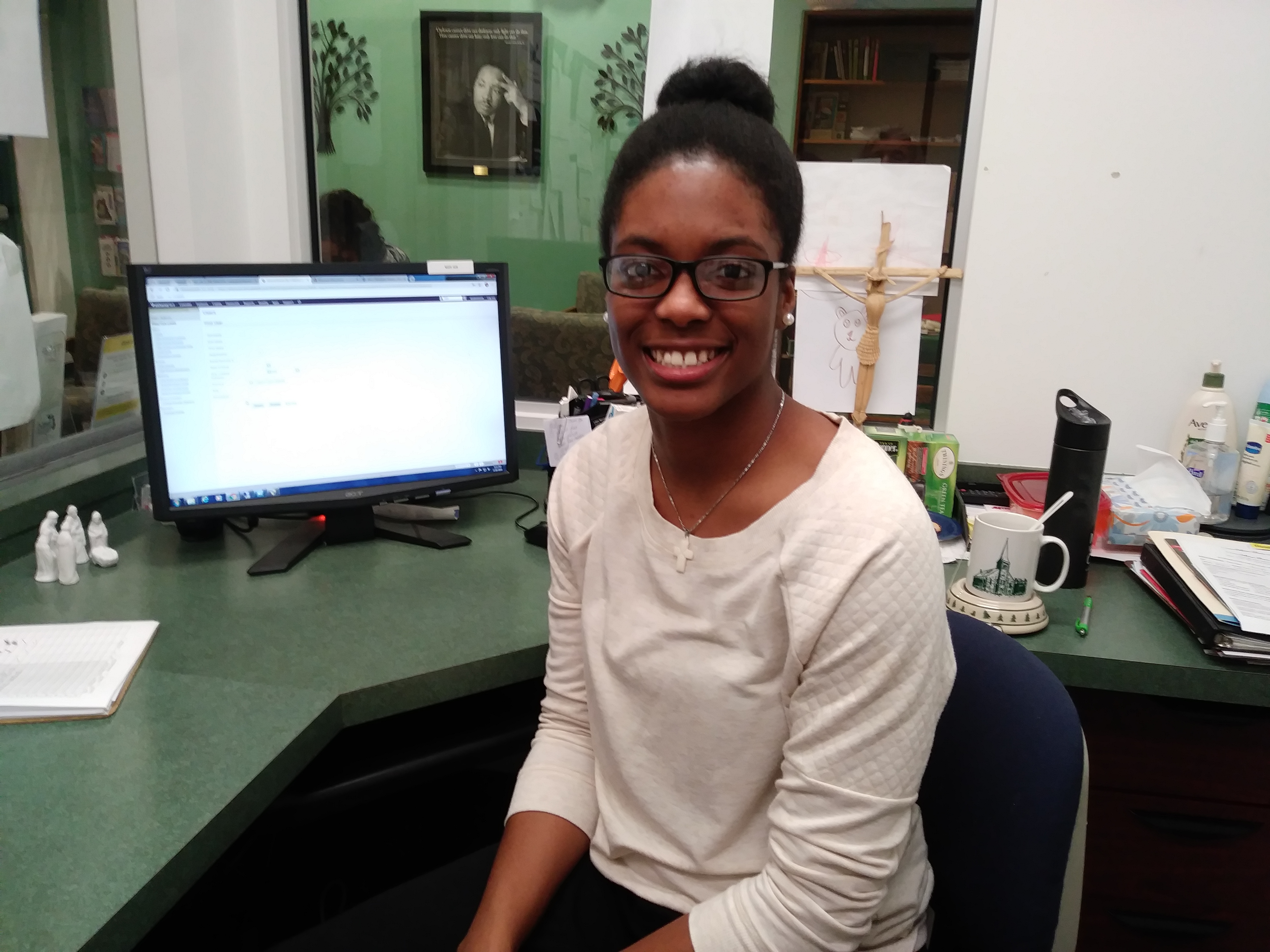 This is the question that has continued to resurface during my time in Detroit. I have realized that every personal encounter is an opportunity for exchange. Each person has something to give in every moment, something that can benefit another. Whether it be time, gifts, money, knowledge, or skills. All people are blessed in one way or another, which should serve as an incentive to bless others.

Working at Cabrini Clinic, I was stuck in the mindset of believing I was there to simply give and not receive. This was not something that upset me. It was something I accepted and worked within the confines of. Until a patient awoke my understanding of generosity. A patient came in for his first visit after the clinic had been closed for winter break. He is honestly one of the sweetest people I have ever met, and he always enters the clinic with a smile on his face, asking how I’m doing. That day, after he signed in to be seen, he pulled out a chocolate bar and handed it to me as a Christmas gift. I was shocked, not because he got me something but rather because of the thought, itself. I have always been taught to give to others and decline offers. Although, in that moment, it was not about me. It was about the patient and the gift of giving, which everyone is capable of and has the right to.

I have been fortunate to receive in various instances within the past six months… Genuine concern. Unconditional love. Unyielding support. Inspirational growth. Unexpected affirmation. I have learned about the gift of service, as well as the gift of being served. The joys of giving and receiving.